This weekend was a big one/good one for me.  It was the last two trips (four flights) of my line training with United.  I flew with a fantastic LCA (line check airman) and learned much more than I would've imagine in out and backs to Dulles and Reagan. 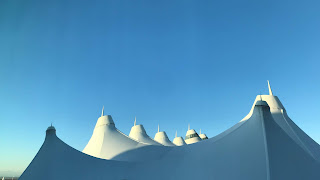 A shot from the airport before the trip began. 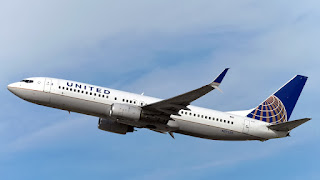 
Like pilot training, my United training has had its ups and downs, but overall it was a fantastic experience and nothing short of a blessing.  Why?  My recency in jets was far from what airlines typically want.  I was days from taking an offer from a regional airline, but then United called me out of nowhere.  Asked me to take their Hogan test, then invited me out for an interview.  The rest is history (recent history).  The short version - and reality - is no other airline was going to offer me a job with my gap in jet time.  I'll just say it...as I completed the line training with United, I hadn't flown a jet for 7 years and 11 months.  As it appears to me (and to United's credit), they honored the fact that I was instructing with a flight school.  I am hundred percent confident no other airline would do that.  I was very current in flying, but not in jets.  Like I said, nothing short of a blessing.  If God's hand wasn't involved in this, then I'm making it up, and not really flying with United.

Older Post Home
Subscribe to: Post Comments (Atom)
Welcome...to the online collection of things I've seen, places I've visited, items of interest, and now the online collection of my art and that of others. Due to technical limitations, musketmedia.com content will also be here. Enjoy the site and I hope you're inspired to create what you've always wanted.