This was it...my last flight in a Rick Aviation airplane (at least for now). It's time to move on to a different challenge. The last official flight was with the perfect co-pilot and I couldn't have asked for more. But for my own closure, I had to fly once more alone.  Maybe it's the plight of a single-seat background or maybe it's just a private thing between me and RAI (Rick Aviation Inc). I think it's the private thing.
Originally, I was going to fly Foxy (12F) but then it struck me..."why wouldn't I fly the Tractor"?  It was the first plane I flew and for my first several flights, the only plane I flew. She's almost always available because she doesn't have a GPS. She's a Tractor, but tractors are reliable, and she runs wonderfully.
So we did some patterns for about 36 minutes and it was fantastic. Beautiful day, perfect temperature, incredible moon rise, and another successful power-out 270. I call the return to the same runway (but opposite direction) landing the "power-out 270" because you have to turn much more than a 180. And that is what makes it tricky.  If you turn aggressively, you almost have too much energy and you're likely eating up usable runway. This almost always requires a slip once you're realigned with the runway.  I've tried a few "impossible turns" and this was the lowest; 500 feet above ground (AGL) level, 70 knots, and a 5 second delay.  It was very close to best glide so the 5 second delay didn't buy much altitude but did push me away from the end of the runway.
I think in the future, I would turn about 30-40 degrees downwind (if there's a noticeable crosswind), then turn back into the wind which will push you towards centerline.  This might reduce the amount of slip required and preserve runway.  If you try this maneuver (which I highly suggest):
That was quite the departure from saying goodbye. If anyone reads this, I just want to say thank you to Rick Aviation. It was clearly the highlight of my time on the east coast. I would not be here if it wasn't for my prior job, I wouldn't pick this location, but RAI helped make it enjoyable. 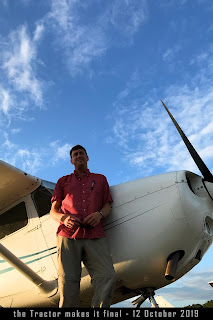 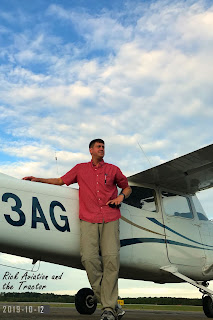