The effects of Corona really took off while I was trying to fly my last assignment out of San Francisco.  A four-day trip turned into one leg (KLAX to KSFO).  I commuted to KSFO, then to KLAX, then flew one leg to KSFO.  And my captain essentially did the same but all the way from KEWR (Newark)!  He was a great guy and we enjoyed the flight about as much as you can.

One nice thing about commuting when there's a global scare is you get great seats!  This was my first flight in United Polaris.  You kind of get your own little apartment - and it's fantastic!  Above is a panoramic of my 'apartment'.  Below (left) is looking into the seat.  There's even a shoulder harness!

Above right and below are shots of one of my favorite landscapes - the area between the Rockies and the Sierra Nevada (as you approach the Sierra Nevada from the east).  Every time I see it, I want to rage low-level just above the hills.  I'd do it in a 737, but I don't think the owners/passengers would approve.  Actually, I think the passengers would love it because they'd get epic pictures. 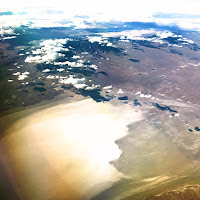 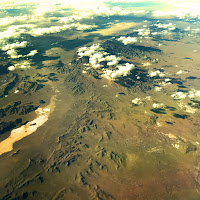 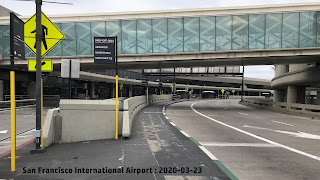 This is another cool effect of the CORVID 'epidemic'.  The front of San Francisco airport with absolutely zero activity, people or vehicles.  This is something you'll likely never see again. 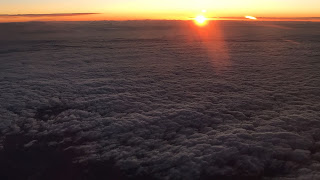 I don't remember which flight I took this picture but it was a pretty great sunrise.  Pictures never do reality justice.  You'll have to imagine it as much more impressive. 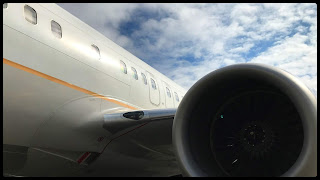 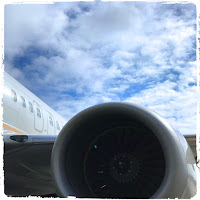 And why I love aviation...aside from the pictures above, the machines themselves are really impressive.  This is a 737 and its #1 engine (the left engine).  While it might seem commonplace, the amount of work, engineering, and rivets that go into an engine (let alone the entire body between the engines) is simply amazing.  You can run your hand along the inside of these engines and never worry about snagging your finger on anything.  They're just beautiful and beyond that, they just work.  For hour after hour after hour.  The engines in the F-16 did the same, but they are taken for granted on a 1 to 1 ratio of work.  In other words, the fact that they push an airplane around for a 3.5 hour flight, they're likely taken for granted for 3.5 hours.  Jets are great!