Are you a low-wing or high-wing fan? I would like to say I'm indifferent, but I have to go with high-wing. First, you can always give yourself shade. Second, there's less to hit when you land (forced landing). Third, you have a lot more freedom in strong crosswinds. Other than that, I would be indifferent.

I raise the topic because of this picture in my Citabria. When I saw all those windows, I realized it actually has great visibility. I'm pretty sure I knew that, but seeing it makes one a believer. She even has the window above. 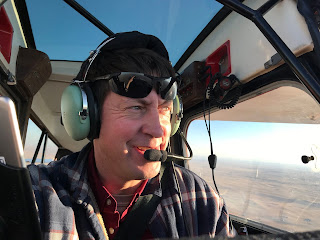 Awesome picture my friend.... that smile says it all
Tom