After a week and a big bill, I garnered my CSIP qualification. CSIP is a Cirrus Standardized Instructor Pilot. I wanted to get it so I could help Cirrus pilots get the training needed to begin using their aircraft. They're also very capable aircraft and there's always value in learning new equipment. The training was well done and we flew brand new aircraft. On top of that, the scenery was hard to beat. Flew in and around airfields nestled in the Smoky Mountains. 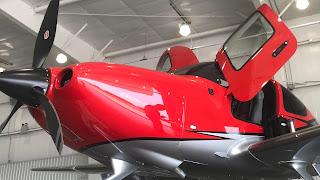 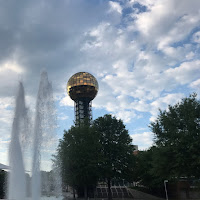 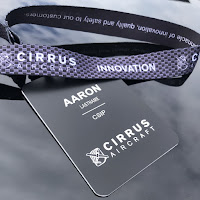 Although the airplanes are made in Duluth, Cirrus training is now in Knoxville TN, which seems like a nice city. The pic (above, left) is on the former fairgrounds of the 1982 World's Fair hosted in Knoxville. The badge was given upon arrival which seemed a bit like the cart before the horse. I would have preferred to get it after I passed. Or had it read, "Possible CSIP" - that would've worked. And some of the beautiful fields we were able to use... 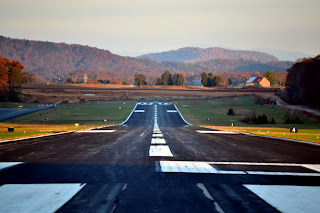 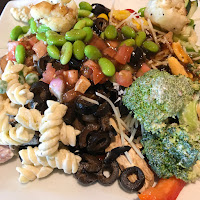 First Knoxville salad - was great!
Overall, it was a great week and I'm glad I took the training. Hopefully, it will prove fruitful.

Older Post Home
Subscribe to: Post Comments (Atom)
Welcome...to the online collection of things I've seen, places I've visited, items of interest, and now the online collection of my art and that of others. Due to technical limitations, musketmedia.com content will also be here. Enjoy the site and I hope you're inspired to create what you've always wanted.