Thanks to a layover in San Diego, I was able to finally visit the USS Midway Museum. People often talk about it so it was kind of a 'must-do', but I'd never had the time to visit. 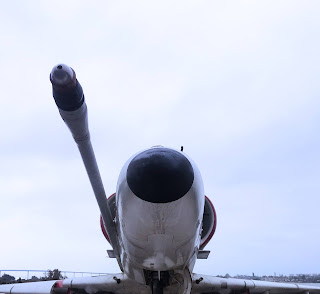 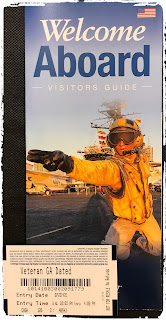 A nose of the A-4 Skyhawk and my ticket and brochure. A little steep on the price, IMO. To their credit, it is free for active duty - which is cool. Had to take a shot of the A-4. It's a Skyhawk and I tend to fly those quite regularly. The Skyhawk without a jet. 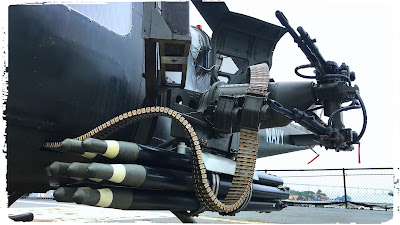 Who doesn't like machine guns and rockets? This is the left side of a Iroquois (UH-1) gunship. Aside from the armament, the pilots of these birds were incredible. They did things with these helicopters that would many any jaw drop. 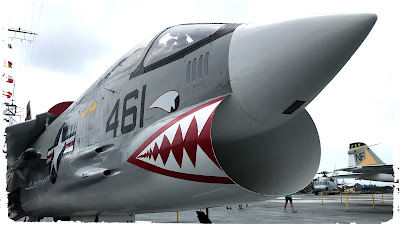 Here's a Vought F-8 Crusader. It's a pretty cool nose, but I also took the picture because it has a variable incidence wing. It's a bit ridiculous when you see it (the entire wing tilts up), but the concept makes sense. It gave the jet more AOA (angle of attack) without raising the nose. That means "the plane did not take off and land extremely nose up, which was a characteristic of swept and low aspect ratio winged fighters" (wiki).

Would I recommend this museum? Not sure. If you're active duty - absolutely! It's free. If I had more time, it probably would've been a much better value - you can visit much more than I did. It's always great to see air machines but it's pricey. To their defense, it is California (expensive) and they had restoration crews on the deck. In other words, they recognize the aircraft aren't looking that great. I appreciate that effort. So in the end, I would say you should go. It's nice to walk around on a carrier's flight deck and the docents will talk to you as long as you want - about anything.